Discover our facts about St Albans and for an introduction to a city with 2000 years of history at every turn, and plenty more to look forward to right now.

If you were to imagine an English cathedral city, you would expect centuries of history running through its streets, wonderful parks to wander through, fascinating buildings, food and drink for every taste and lovely places to shop. It would have cultural events and street festivals throughout the year. The people would be friendly, it would be easy to reach by road or rail, and open countryside just a stroll away. Welcome to St Albans. 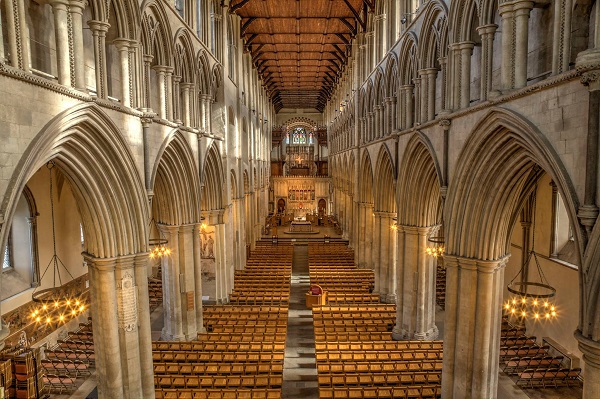 Let’s start at the Cathedral. Or to use its full name, The Cathedral and Abbey Church of St Alban. Alban himself was Britain’s first Christian martyr, killed for his beliefs by the Romans, who had named the city Verulamium after the invasion of AD43. Outside, the cathedral is a joyous blend of architectural styles and materials through the ages. Inside, it’s breath-taking, predominantly due to the 85 metre Nave, the longest in England. 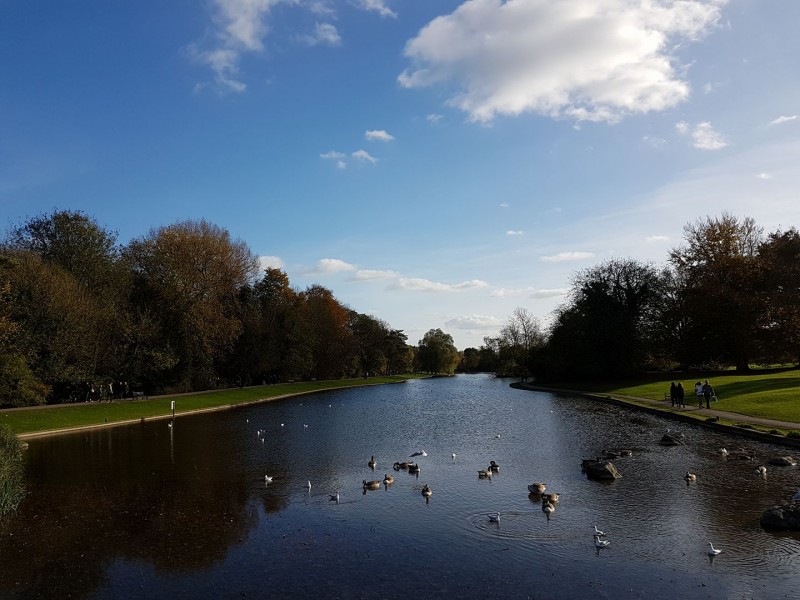 The Cathedral’s grounds fold seamlessly into Verulamium Park, a vast green space where the city goes to relax, play, exercise and get-together around the lake and beside the Roman remains that extend beyond even the park.

Walk upwards from from the Cathedral and in a minute you’re in the heart of city, marked by the Clock Tower. Completed by 1405, It’s the only standing medieval bell tower in England. You can climb its 93 narrow steps up to the top, where the views over the city and surrounding countryside are spectacular. 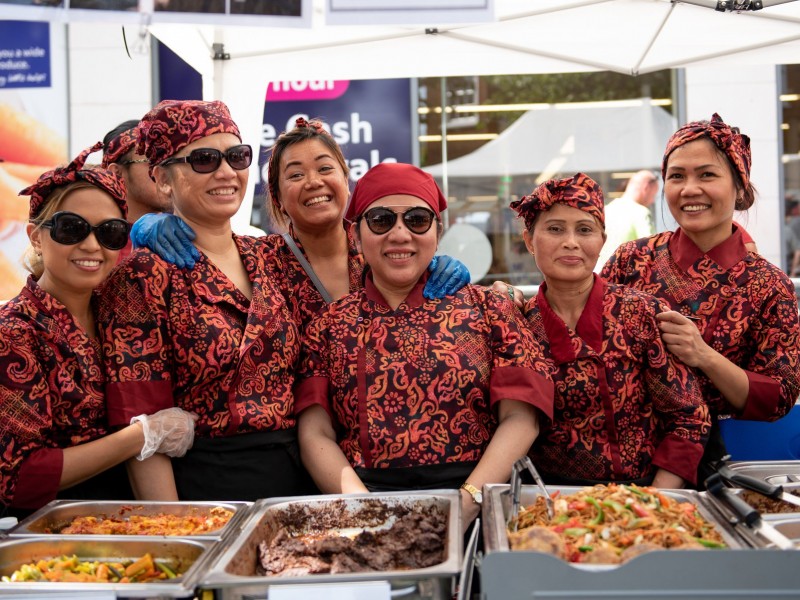 The streets around the Clock Tower are packed with shops, artisan food stores and pubs sited in buildings that have stood since Tudor times. On Wednesdays and Saturdays, street food stalls fill the air with intoxicating smells. Pick up something delicious and wander up through the many and varied stalls of St Albans Charter Market. 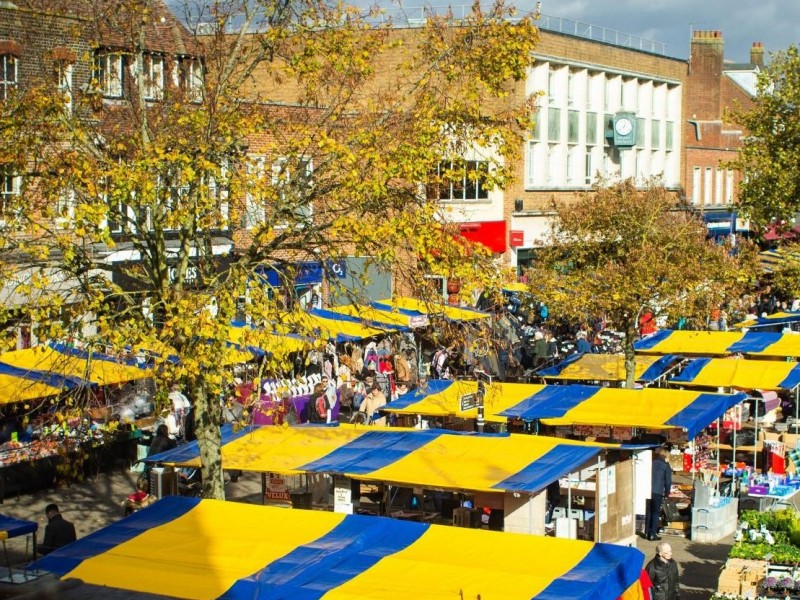 It’s been lining the city streets since the 9th century, and was giving a Royal Charter in 1553. Today’s market sells fruit and vegetable, fish, meat and cheese, homeware, clothing, plants and flowers, gifts and some rare surprises. Some traders are just starting out, while other families have been on the market for over 80 years. 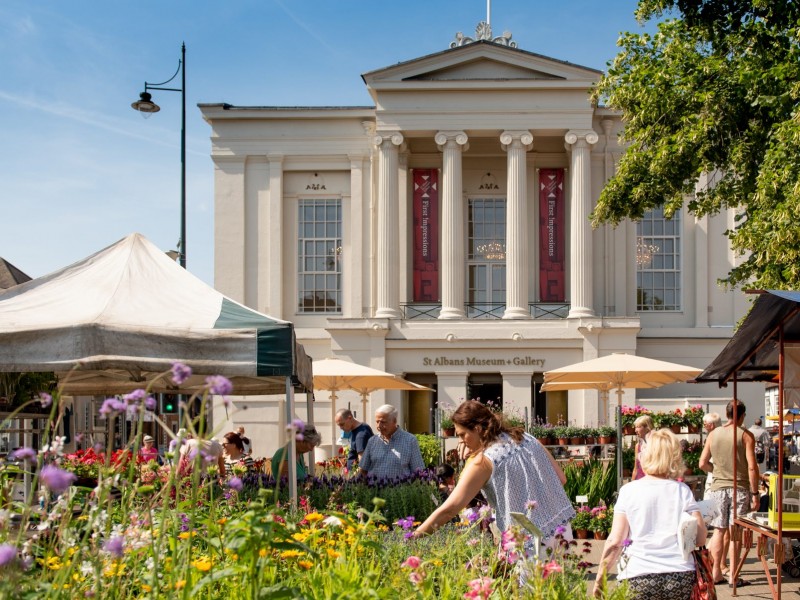 The latest addition to the centre of St Albans is the new Museum + Gallery. Homed in the Georgian building that was previously the town hall and courthouse, it’s now a celebration of the city’s history and a showcase for contemporary arts. You can walk through the original prison cells in the basement and up into the dock of the perfectly restored court room, which is now one of the quirkiest tea rooms in the country. 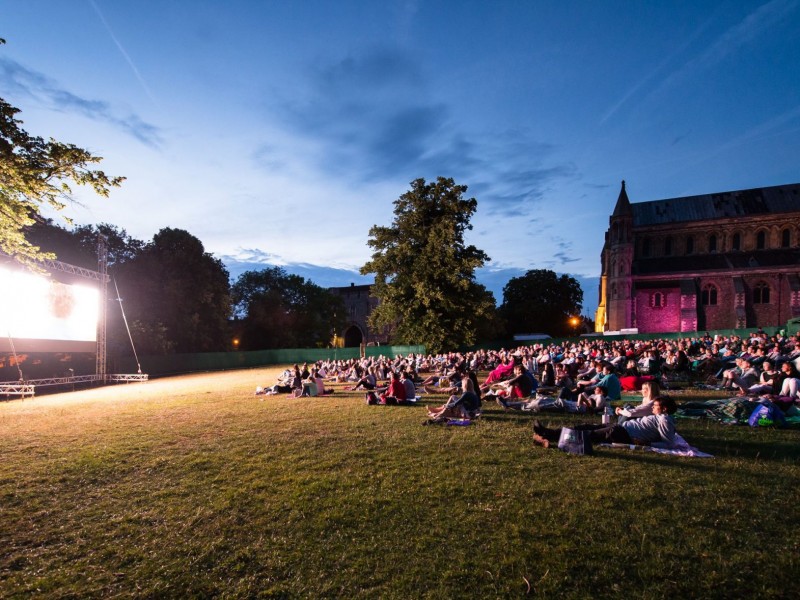 You may recognise St Albans’ streets and buildings from many films and TV shows. And that cinematic connection has deep roots, from the pioneers of animation at the turn of the 20th century, to the legendary director Stanley Kubrick, whose country house lies just outside the city, and in honour of whom our independent cinema, The Odyssey, is named. Every year St Albans holds its own Film Festival which turns open spaces, shops, offices and bars into cinemas for everyone to enjoy. 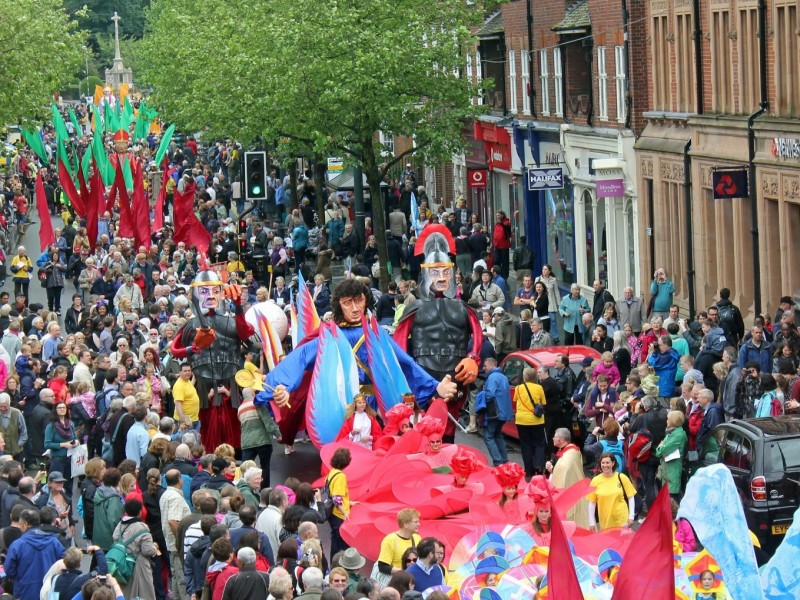 Festivals have been part of St Albans life for more than 2000 years, and that’s no different today. Several times a year, the busy city centre is closed to traffic and handed back to the residents and visitors of St Albans. We have an annual food and drink festival celebrating local producers, pubs and restaurants. St Albans famous beer festival is held at our largest venue, the Alban Arena. And the Alban Weekend features the annual pilgrimage that honours our city’s namesake. You’ll see giant carnival puppets of Alban himself, Roman chariots, centurions, lions, roses and executioners all take their place in the procession from St Peter’s Church, through the city centre to St Albans Cathedral. Which is where this story began.

You can use the links to discover more about everything mentioned here, use search to find exactly what you’re after, or just take a wander around the site – you never know what you might find.