Illuminated manuscripts as an art form are generally little known to most of us. Yet more books survive from the mediaeval period than any other artistic medium. We tend to think of mediaeval manuscripts as historical sources, often primary and unique, which both provide the basis for much of the history of the Middle Ages and also access, through the copying of classical texts, to Greek and Roman authors who would otherwise be lost.

However, they are also often fine works of art through their illuminations. The term illuminated refers to the way the scribes linked images to words. Illuminated initials and painted miniatures often marked the beginnings of important sections in the text and were both ornamental and highly decorative forms of artistic endeavour.

In an essentially illiterate era such art work both increased the value of the manuscripts and, importantly, their chances of preservation. A further historical benefit was that the form of these manuscripts tended to be interactive in that their margins were often annotated with comments and notes, giving us fascinating insights into the authors and copyists thoughts.

Most western mediaeval manuscripts, including chronicles (historical accounts of events arranged in order of time) were produced in monastic scriptoriums (literally “a place for writing”) and would, therefore, have a religious angle, reflecting Christian stories and practices.

Monastery libraries housed collections of these hand written manuscripts which were crucial repositories of knowledge. Because of its status as the burial place of the first British martyr, whose tomb attracted large numbers of pilgrims, and its proximity to London that resulted in much royal patronage, the scriptorium at St Albans Abbey produced a considerable number of high quality manuscripts. However, with the dissolution of the monasteries under Henry VIII, although some monastic libraries survived, when the Abbey was closed in December 1539 its library was dispersed – it is estimated around 150 manuscripts from St Albans monastery are still in existence.

Some of those manuscripts have now been brought together in this major exhibition at the St Albans Museum+Gallery. The important national libraries: the British Library, the Parker Library (at Corpus Christi College, Cambridge), Cambridge University Library and the Bodleian Library in Oxford, have contributed to this exhibition.

Although this is an important exhibition, it should be stated that it is also challenging, as the low lighting required to preserve the manuscripts and their small scale are demanding on the viewer. However, it is also an immensely rewarding exhibition: the explanation panels are very informative, the displayed manuscripts both remarkable and often beautiful, there are videos on manuscript making and child friendly activities with puzzles and drawing exercises.

One of the stars of the show is Matthew Paris (c. 1200 – 1259). Despite the French allusion in his name Matthew Paris was born in England and after studying at St Albans School became a Benedictine monk at the Abbey in 1217. Not only was he an opinionated chronicler but also a fine artist and cartographer. His Chronica Maiora is an important historical source, especially for the years 1235 and 1259. 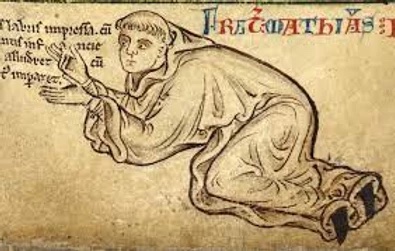 One of his most well-known illustrations, which can be seen in the exhibition, is of an elephant that was given by Louis IX of France as a present to Henry III in 1255. Paris gives an account of this novel gift: About this time, an elephant was sent to England by the French king as a present to the king of the English. We believe that this was the only elephant ever seen in England, or even in the countries this side of the Alps; thus people flocked together to see the novel sight.

Paris saw the elephant himself and so that his illustration is quite realistic. He wrote that:

The elephant was 10 years old (though it is not clear how its age was known), 10 feet high, grey-ish black with a tough hide, and used its trunk to obtain food and drink. It lived in a specially-constructed house at the Tower of London, 40 feet long by 20 feet wide, and its keeper was named Henry de Flor.

Sadly, perhaps because of the conditions the elephant was kept in at the Tower of London, it had a short life and died the following year. 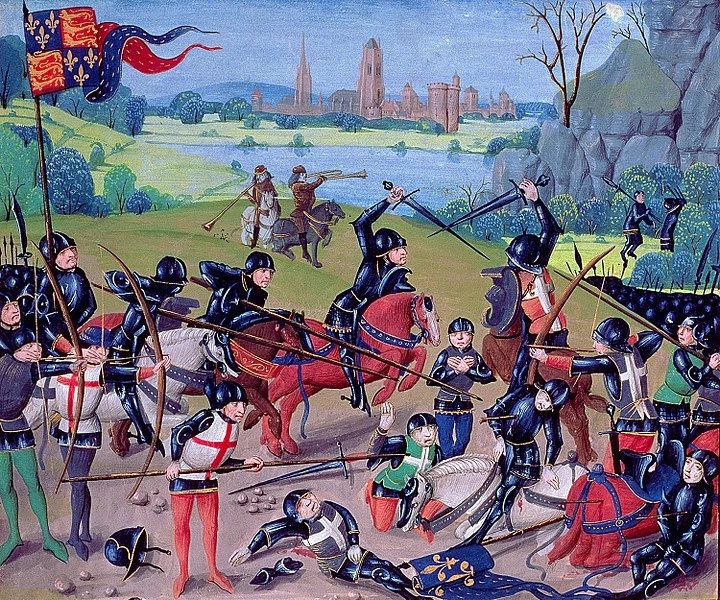 Following in Paris’ footsteps was the chronicler Thomas Walsingham, whose major work has the same title as Paris’, Chronica Maiora. It is a premier source for the reigns of the English kings, Richard II, Henry IV and Henry V. Like Paris, Walsingham spent most of his life at St Albans and became the head of the scriptorium. His accounts attempt to be less biased than Paris’ and it seems he recognised that his writings should seek a wider audience which required him to take a more diplomatic and balanced approach. 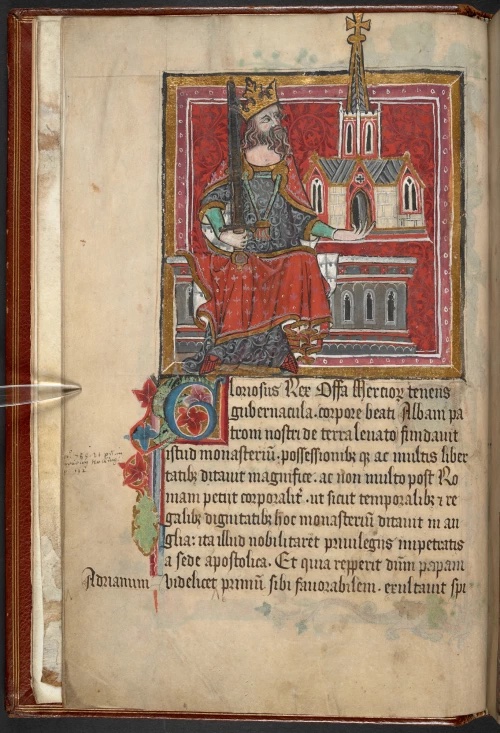 One of the most interesting exhibits is the Book of Benefactors, which gives an insight into both the high and low of mediaeval society. It records all the benefactors, whatever their station in life, who gave gifts to the Abbey. It was started around 1380 by the Abbot Thomas de la Mare, with the idea of recording the names of all benefactors who would be prayed for, so the book was kept on the High Altar.

The first benefactor recorded is King Offa who founded the Abbey in 793 and the names go down to the closing of the Abbey under Henry VIII. It is structured in such a way that it indicates mediaeval hierarchy from, kings and queens, followed by popes, abbots, priors and monks, bishops and finally ordinary people. Apart from the listing of donations much of its attraction lies in representations of the benefactors – a professional artist Alan Strayler, who donated his services to the Abbey, produced some intriguing and humorous illustrations and portraits of the donors.

If you haven’t already been to the exhibition don’t miss the chance to see these manuscripts of national importance.

Further details can be found at :https://www.stalbansmuseums.org.uk/whats-on/chroniclers-history